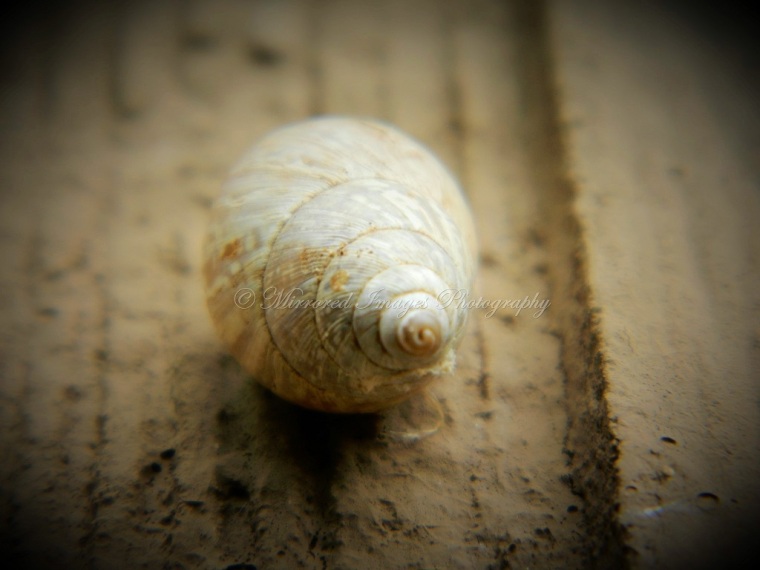 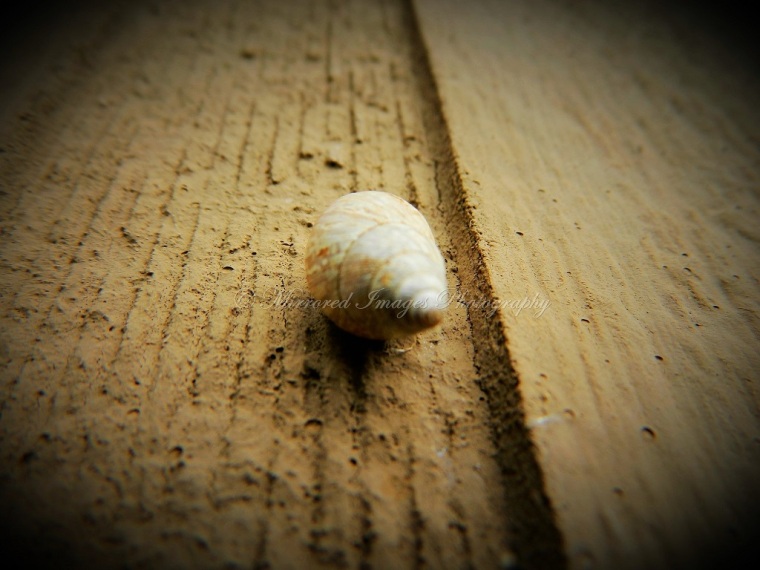 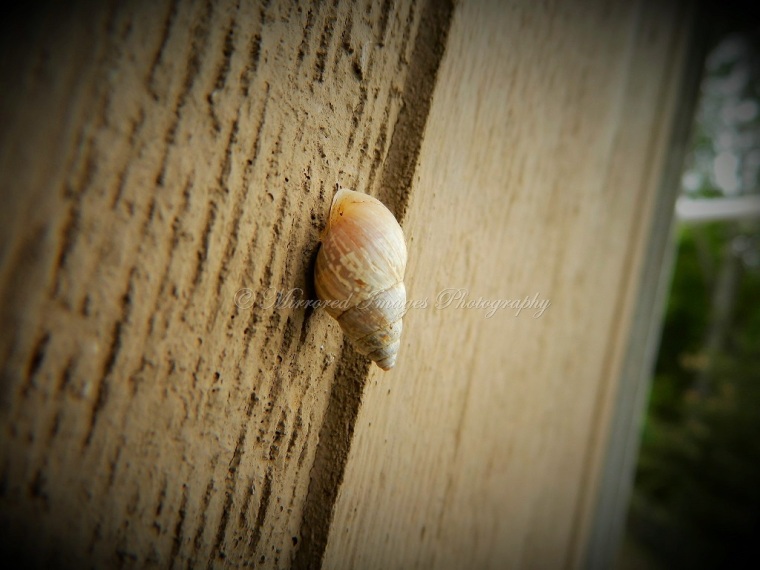 Hey guys, it’s been a while since I have made a post, life just got crazy for a while, but things are getting back to normal!

Anyway on July 20, 2012 (my husband’s and I Anniversary weekend), our neighbors called us to tell us that someone had dumped Newborn Puppy’s! So we went down to our neighbor’s home to check on these little babies. They were right, these babies still had their umbilical cord’s, they were only a couple of hours old!

There was three of them, two girls and one boy, and the boy was the runt. These babies were so tiny that they fit in the palm of my hand. Anyway we took these babies home, found a box with a lid and I put our heating pad in the box and an old blanket to keep them warm. I then spent all night Friday, and early Saturday morning getting up every two hours to feed these babies.

At around 7am, when I went in to feed the babies, the runt had died. We cried over it, and then we found a little box to bury this poor little guy in. The other two girls were doing great. They are now 18 days old. The Mixed Colored Brown one we call her Bubbles because she likes to blow bubbles while she is eating, and the Black and White one we call her Gypsy because she does not stay in one place very long.

Whoever took these babies from their mother and dumped them needs to have the crap beat out of them and then do some jail time! I will never understand how people can be so heartless, cold and mean to animals!

However, I feel like God guided the person(s) to dumped these puppies here where we live, because God knows we will love and take very good care of all  his creatures!

They are 3 Days old in the following Pictures! 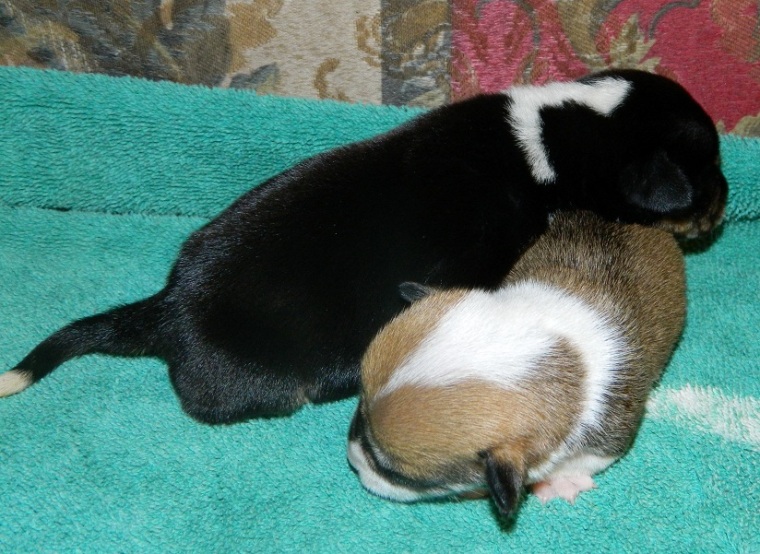 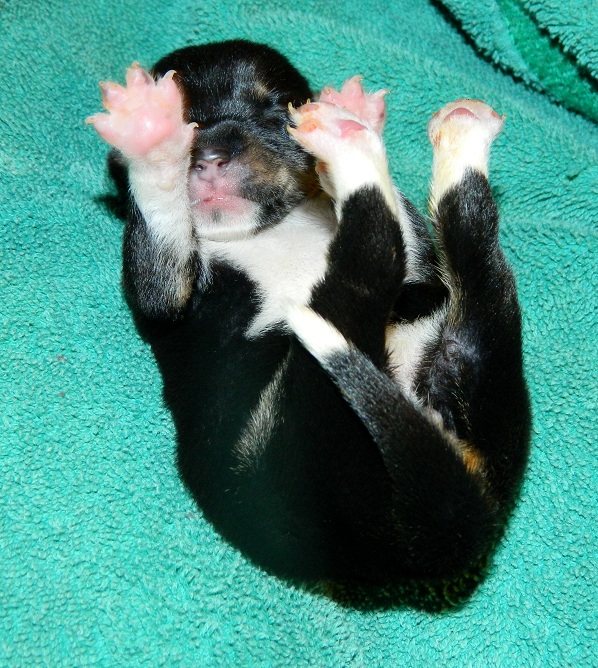 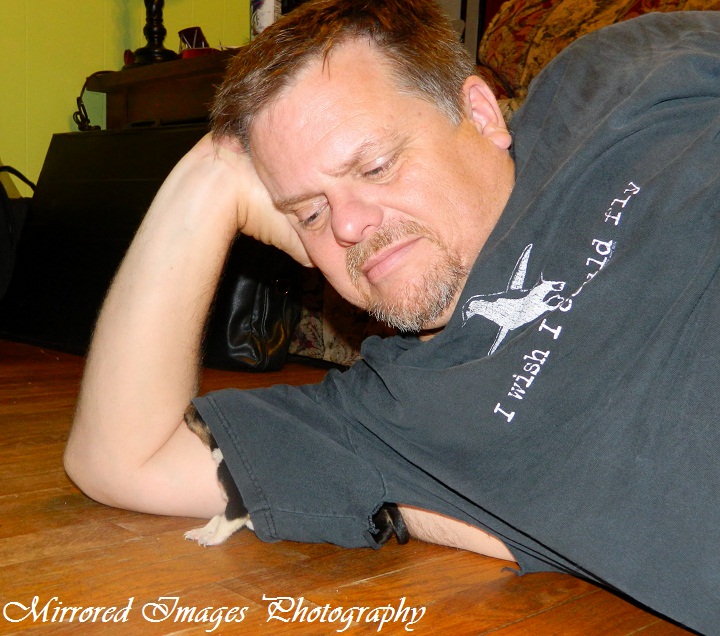 This picture is from today August 7, 2012. They are sleeping in their warm Doggie Cage! 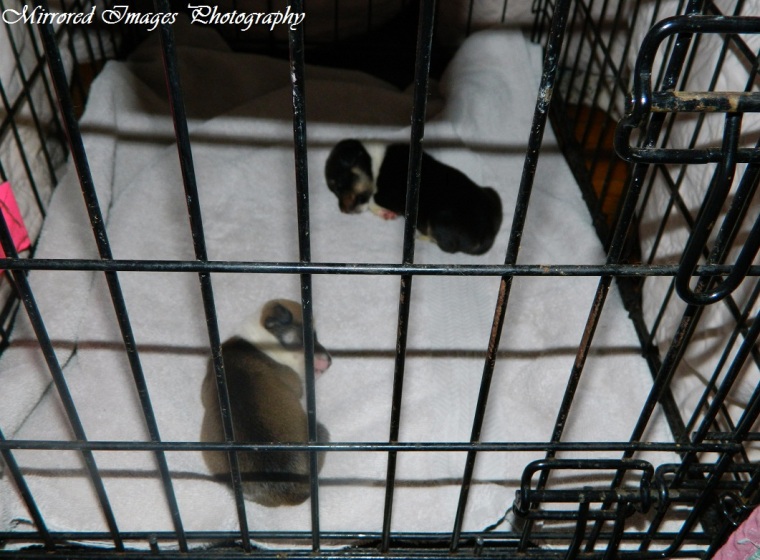 The other day I was watering the horses, and in the large white plastic double sided container I found this little friend staying cool between the two plastic liners. 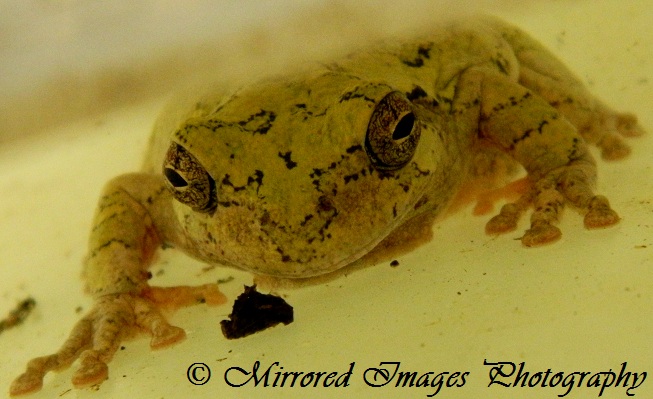 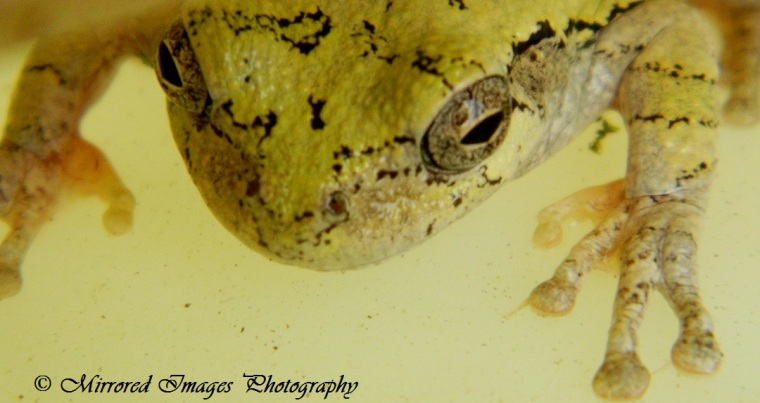 This is my husbands horse…Midnight! My son put his hat on Midnight yesterday, and I just had to take this picture! 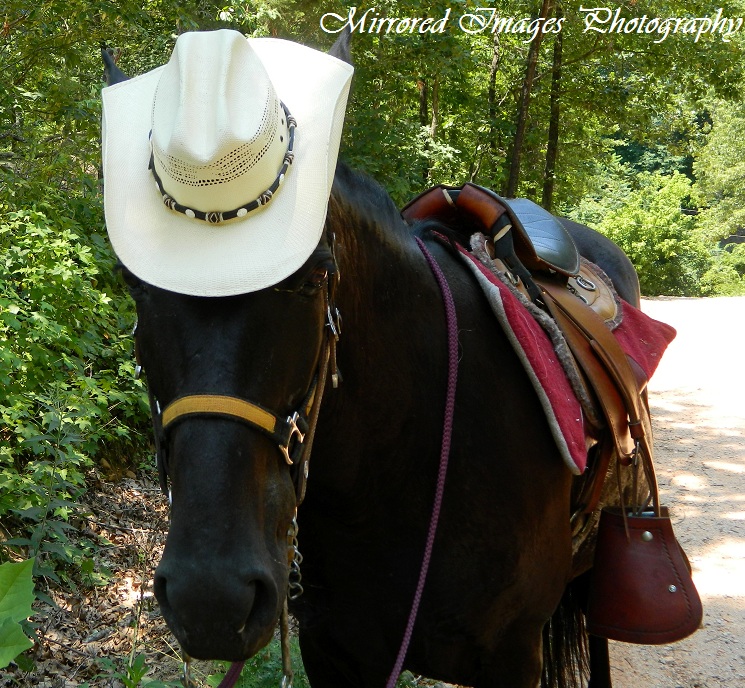 This little beauty is my baby, and her name is Sweet-Water. She is a 4 year old Tennessee Walker Chestnut Mare with a beautiful long Blonde main and tail. She’s also a Registered Champion Show Horse who has won many ribbons.

She is also an extremely gentle horse who is very well trained. She’s a beauty and you can tell she knows it in her pictures below! 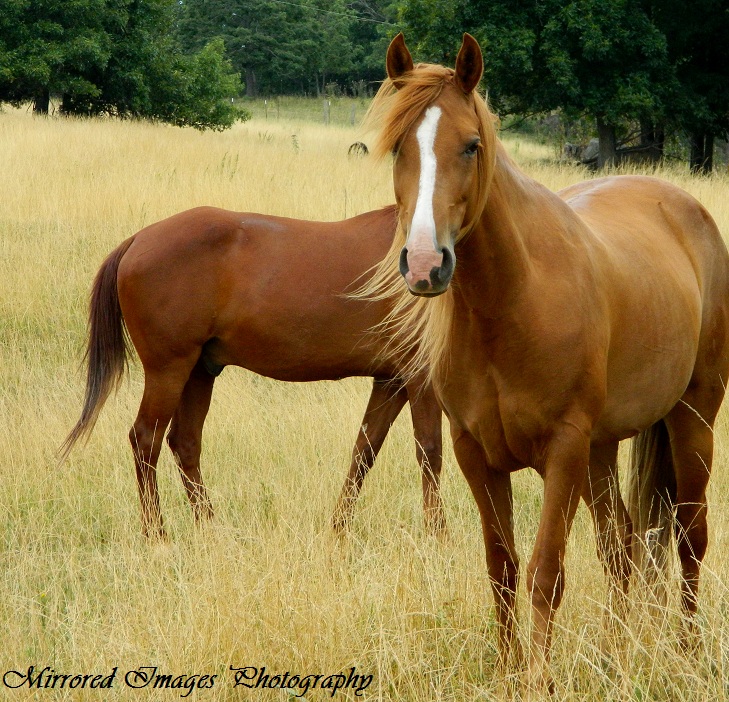 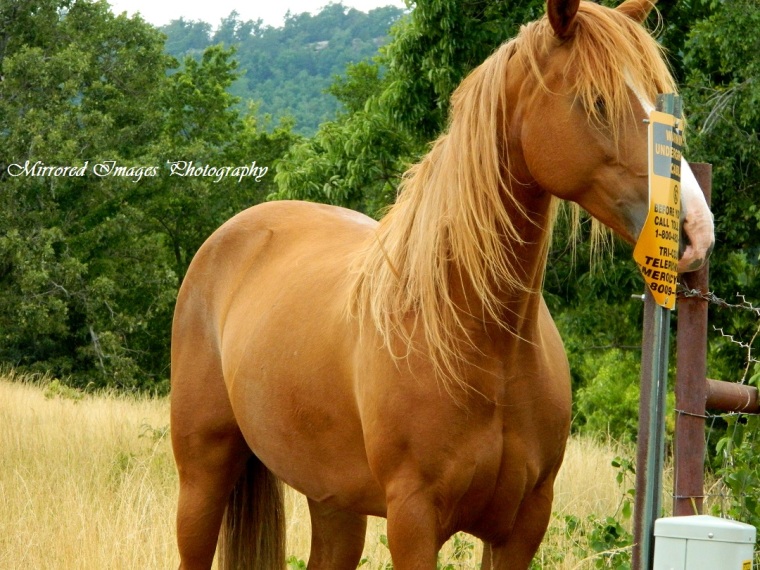 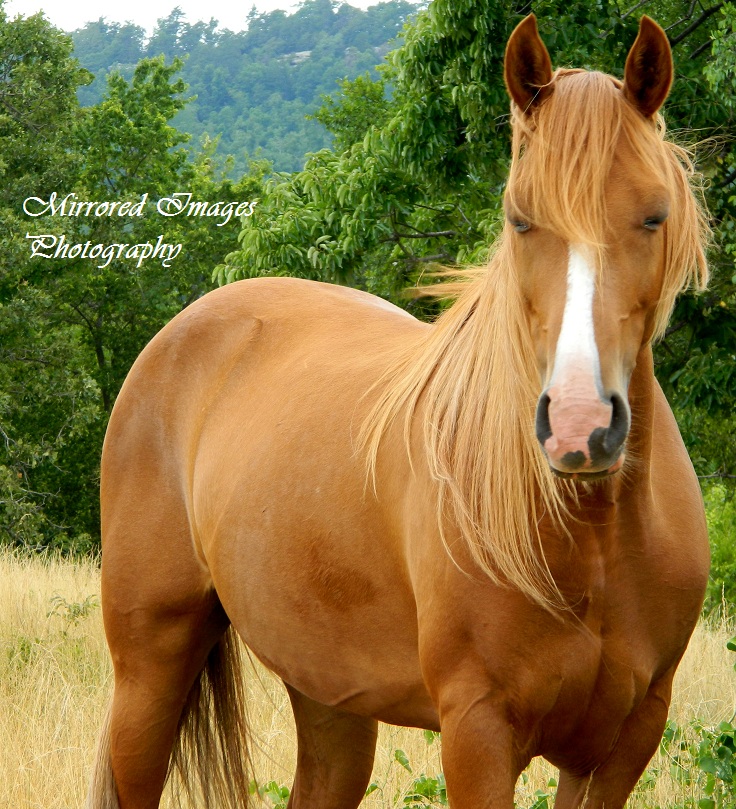 This big beautiful horse’s name is “Shorty”, and yes we ironically named him Shorty because of his enormous size! LOL! 🙂

He is 22 years old, he is the gentlest horse we have. Shorty is very well trained, he follows all commands!

I have to get up on the back of out truck to even get on ♥ Shorty ♥ he stands sooo tall and I am only 5 feet and 3.5 inches tall. It is a real site seeing this small gal get on that large horse! ♥ 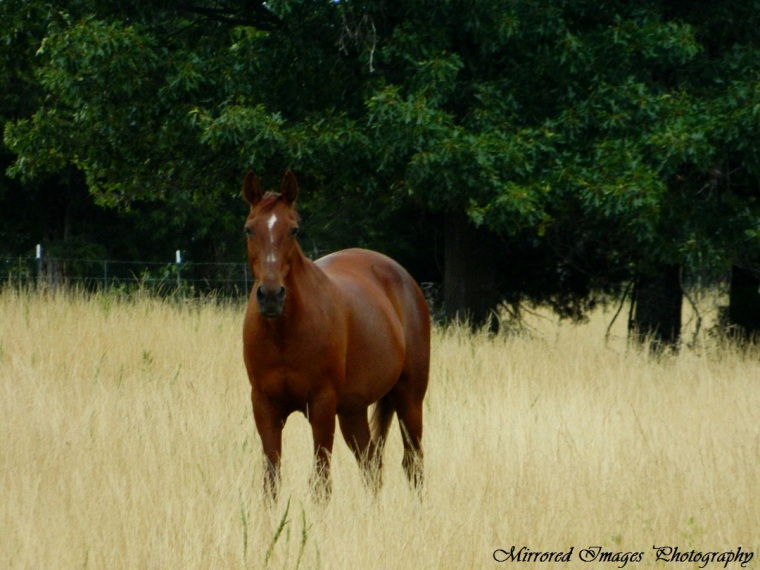 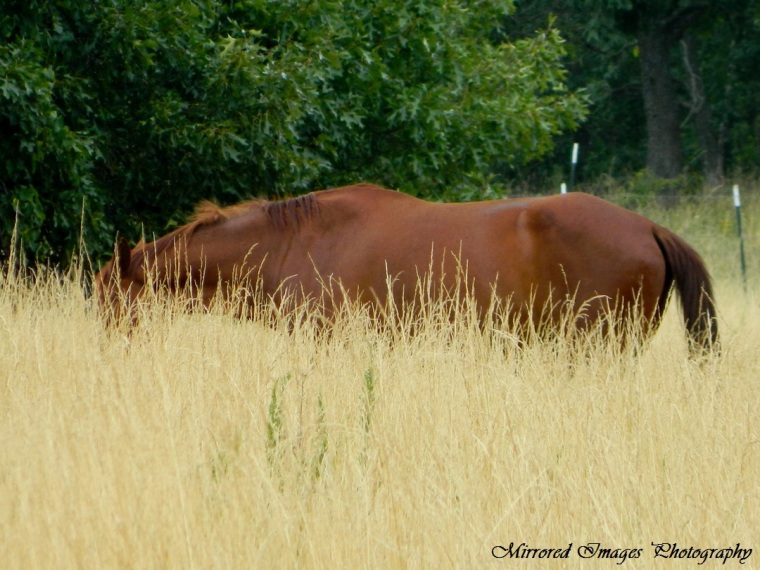